Categories: Exclusive, For Her, For Him Tags: 4160 Tuesdays, Gems & Niche 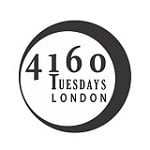 Perfumer’s Dialect: Over the Chocolate Shop is the gloriously rich aroma you can inhale as the chocolatiers make their first batch of pralines in the early morning. Melting cocoa butter, a dash off coffee, hazelnut extract and a drop of vanilla absolute.

Here’s the story: A long time ago in a village perched on a hill, there was a house above a chocolate shop where a beginner perfume-maker’s friend lived. Inspired by this aroma, the perfume-maker made a small batch of fragrance from the materials she could get her hands on at the time. Knowing that she could never get her hands on the data safety sheets for a couple of these materials because the suppliers wouldn’t release them, she never made another batch because she liked to do things right. Many years later, once all her SDS’s were in place and she’d cracked the IFRA and EU regulations that perfumers must follow, she went to a TV programme recording at the London Palladium, and was completely knocked sideways by the sheer magnificence of a performer going by the name of Le Gateau Chocolat. Le Gateau sang All By Myself while dressed as a mermaid, and the audience cheered, clapped and almost screamed the roof off with their approval. The perfumer was inspired by the performer to make a chocolate fragrance. “Why not explore Over the Chocolate Shop once again?”, she thought, and this time to make it with the beautiful materials she’d acquired in the meantime? So here you have it. Over the Chocolate Shop, Gateux inspired edition.

4160 Tuesdays - the number of Tuesdays we'll have in our lifetime if we live to be 80 years old. It's an artisan perfume house based in London, founded by perfumer Sarah McCartney. An author, former writer, and a self-taught perfumer who studied fragrance composition in order to bring to life the fictional fragrances crafted by a character in her novel The Scent of Possibility. 4160 Tuesdays fragrances are composed by hand in small batches of 200 or less, using perfume techniques from the 1880s through the 1970s.